Napa Valley with its abundance of grapes and rolling hills welcomed me at a young age into its fine winery doors. Looking back with dramatic eyes it is quite tragic how I was going to be turning 21 in four short months after that trip.

My parents being members of wine clubs, not only in Napa but all over the US, got us a

tour at Inglenook, one of their favorites. We walked through the vineyards in sunny California and learned about vines, different kinds of grapes, how they kept them watered, and if you’ve been on wine tour you know what I’m talking about if you haven’t gone on one go already (they usually give you wine at the end!). And then they took us 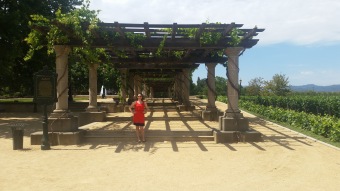 down into the cellars which were cool despite the outside air and showed us how they stored the wine and then did a wine tasting down in the cellar. Some states let minors drink in the company of their parents (like Texas!) California does not. So even though I had already tried many of their wines in the comfort of my parents home I was not allowed to do the tasting.

Several months later after I had turned 21 I went to Napa for the second time.

This time I was able to drink (yay!). I visited a new winery with my mom called Peju. The bottles were on the cheaper side for Napa prices mostly due to the fact that you can only get it in-house. Which is so totally fancy to say to people when they come over and try your wine that can’t be bought at the liquor store.

It took a little while longer for me to really get into wines. During my senior year of college, I needed one more elective. I had a friend who told me about this class called Beverage survey. Basically, you learned about alcohol and tired it out. I was actually going to get to drink while in class? Sign me up!

Now I am a wine lover. I do wine tastings whenever and wherever I can. I want to ideally spend a month each in Italy, Spain, and France drinking wine.

College can be about exploring and finding out things you never knew about yourself. I found out wine isn’t just for old snobby people. It’s a cool kid drink.

From my wine glass to yours, cheers. 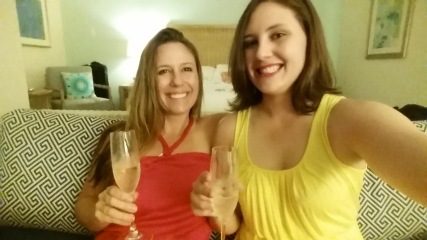